Necklace with overlapping murrine shapes, in white, red and black. Perfect piece of design jewellery to complete your outfit with elegance and originality, or as a valued gift.

Availability
made to order

$ 404.40
Add to compare0
TRADEMARK OF ORIGIN
All products are guaranteed by the only Trademark of Origin established by Italian law
SECURE SHIPPING
Safe packaging for your worldwide FREE shipping purchases
FULL REFUND
Easy return and refund procedures if you change your mind
Description

This murano glass necklace was created for the project "J+I Six Japanese Designers Collaborate With Italian Artisans" within the Fuorisalone Sarpi Bridge-Oriental Design Week event, held in Milan. Six japanese women designers imagined glass, translated it into a project and presented them to the master glassmakers in Murano, giving life to a collection of amazing products. Fram is a series of two necklaces, featuring overlapping flat murrine shapes held together by a thin cotton cord.

Opposites attract and mingle in this modern design necklace: white and crystal, arranged like the exagonal cells of a beehive, lay on a mosaic of black and explode in a pattern of red, recalling the heat of the glassmaking furnace. The wonder of the designers in front of the endless potential of glass will be mirrored in the amazement of everyone who lays eyes on the materialization of these projects!

SHINOBU ITO - DESIGNER
After graduating in Japan, at Tama Art University in Tokyo, she obtained a Master degree in Design Direction at Domus Academy in Milan. From 1988 to 1995 she worked in Japan for CBS Sony (Sony Music Entertainment), engaging in design and marketing activities. Since 1997 she has been working between Milan and Tokyo as a consultant for important companies. She works also as a graphic and interior designer and is involved in marketing activities. She has a wide experience in the interior and furniture design, leading the projects from conception to implementation. Her attention to detail and her approach to design from a woman standpoint are features of her widely appreciated work much valued by her clients. Her work has been published and exhibited throughout the world and has received several awards such as "The Good Design Award 2001" (Japan) and the "Premio Compasso d'Oro 2011" (Italy). Several of her works have been included in the permanent collection of the Die Neue Sammlung Museum in Munich and the Triennale Design Museum in Milan. Her work are also selected to the main visual of the Melbourne Cup 2007.

Availability
made to order 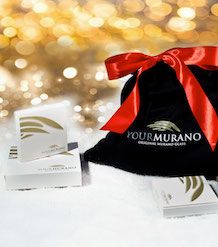 DO YOU WANT TO GIVE AN EXCLUSIVE GIFT TO SOMEONE SPECIAL?

We can send the work directly to the recipient with a gift box.

Proceeding with the purchase it is possible to enter the delivery address of your gift and a custom message to be included in the package with a handwritten note from you.

For urgent gifts, where delivery times must be short, check the "SHIP NOW" category in the top menu, or contact us and we will take care of you and your needs. 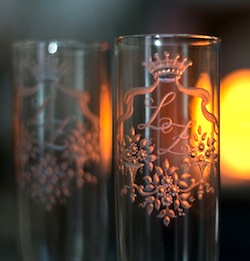 CUSTOMIZED ENGRAVINGS AND DECORATIONS OF THE WORKS

Our works can be hand engraved on the surface or decorated with gold or silver by our expert craftsman in Murano with 3 different solutions:

1. The hand engraving with a phrase/date is included for all orders. On the payment page it is possible write in the notes the phrase you want to be engraved and the preferred position ( or we will use our experience ). The phrase must be as short as possible, 5-6 words at at most, considering the available space.

2. You can request the freehand artistic engraving by contacting our customer support. The cost is not included for all orders.

3. The decoration in gold or silver is realized freehand on the surface, contacting our customer support. The cost is not included for all orders.

NOTE: For all orders with custom engraving or decorated works, the right of withdrawal is no longer valid.

NOTE 2: Technically not all products can be engraved or decorated.

THE ONLY TRADEMARK OF ORIGIN ESTABLISHED BY THE ITALIAN LAW

Every item in YourMurano is certified by the Trademark of Origin Vetro Artistico® Murano, managed by the Consortium Promovetro which unites glass producers on the island of Murano. The trademark Vetro Artistico® Murano was set up by an Italian law (Legge n. 70 del 23/12/1994) to protect consumers and to safeguard the authenticity of this handcrafted Made in Italy product against counterfeits and imitations.

The Vetro Artistico® Murano adhesive label of origin is applied on each product. If the client decides to remove it, the label is easily lifted with no trace or residue. Its removal will, however, rupture the label to avoid any subsequent illicit use on products that are not original. 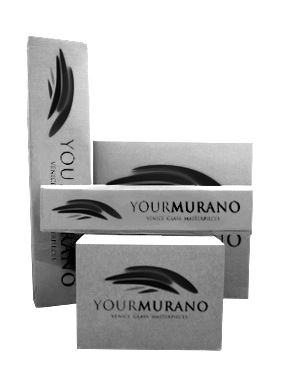 YourMurano brings the magic of Murano glass directly from our furnaces in Murano. Every item is accurately packed here in Murano, with the best technologies to keep your glass safe, by the professionals who have been sending Murano glass worldwide for decades.

We know how important it is for you to have the item you desire as soon as possible.

We therefore fully commit to abide by the estimated delivery times, in collaboration with our courier partners.
For this reason, and for the excellence of their service, we turned to two of the biggest international couriers: DHL and UPS. You can check on your shipment's status using the tracking system, from packing to travel to destination.

In addition to the shipping time, each product has estimated availability times, listed on the item description page as follows:

- READY FOR SHIPPING: the item is ready in the warehouse, and will be handed over to the courier within 24 hours from ordering (48 hours on weekends). It is a product that has already been manufactured in Murano, and we have ready in warehouse.

- SHIPPING WITHIN 2/3/4 WEEKS: the item needs to be produced especially for you by master glassmakers in Murano. Up to 4 weeks may pass, in which your purchase will be created, heated to thousands of degrees and allowed to cool very slowly for days. Therefore you may have to wait a little while to receive and enjoy an extraordinary work of art in your own home. 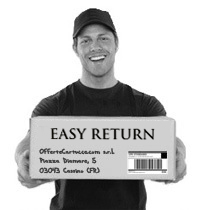 YourMurano offers the finest Murano art glass creations. But sometimes a customer may need to return a purchase.
We are absolutely sure that you will fall in love at first sight with our products, so much that we offer a full refund in case of returns!

You can easily request to return the product by email, post or fax as you prefer.

If you need more info you please visit our Return & Refund page or contact us!

$ 319.20 $ 336.00
Murano glass necklace, entirely realized by hand with brown and ivory ethnic-style inspired beads. The classic colors and particular pattern of this artwork makes it the perfect fashion accessory to add originality to...
Add to cart
Add to compare

$ 217.20
Elegant Murano glass short necklace featuring conical brown beads. The particular pattern of this creation makes it the perfect accessory for your looks.
Add to cart
Add to compare

$ 360.00
Magnificent Murano glass necklace, with pink beads. Perfect piece of traditional venetian jewellery to complete your outfit with elegance and originality, or as a valued gift.
Add to cart
Add to compare

$ 420.00
Murano glass necklace realized through a collaboration between Italian artisans and Japanese designers. The jewel features overlapping murrine shapes in blue and aquamarine color. The modern design of this artwork,...
Add to cart
Add to compare

$ 237.60
Ruby red “cotisso” glass necklace. A handcrafted and a unique jewel. Perfect creation of design jewellery to complete your outfit with elegance and originality, or as a valued gift.
Add to cart
Add to compare
100% SATISFIED
All our products are created by the most famous Murano glassmakers and shipped with professional packaging.
PURCHASE PROTECTION
Only original Murano glass items at the best price. Insured shipments, easy return and full refund.
FREE SHIPPING
We ship your purchases everywhere in the world for FREE with DHL or UPS couriers. Insured and professionally packed shipments.
FINEST QUALITY
We propose you only the best of Murano production, created in furnace from 20 of the most renowned glassmakers of the island.